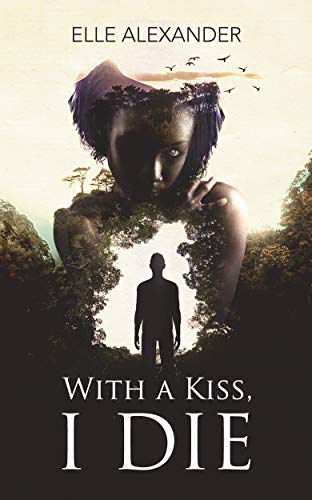 A BWWM Romance about a girl who spends her entire life thinking she is cursed, and the man who never expected to fall for her.

After the acclaim he receives from his Pulitzer-nominated pieces about The Watergate Scandaland the end of The Vietnam War, Benjamin Strickland, head writer for The Daily Newspaper in New York City, assumes his latest story is exactly what the newspaper wants. However, the paper decides to take a new direction, and it’s a direction Ben doesn’t want to follow. So, he decides to call it quits, in the middle of the day, knowing the brash decision could possibly leave him blackballed by the entire journalism community.

His decision leads him to Abigail Rossino, a divorced photographer who shows him the image that will change Ben’s life forever as he knows it—a woman with blue hair who lives in the mountains on the Caribbean island of Oyster Key. She is known to the islanders as La Fanesta, the ghost, and legend has it that she was banished to the mountains after it was discovered she’d been born cursed with a deadly, poisonous touch.

Ben, on a whim, follows Abigail to Oyster Key expecting a story about a girl raised in isolation—a major news story about the latest feral child of the twentieth-century. What he doesn’t count on is that for the first time in his life, he might have found something more important to him than the latest major scoop…a love that he could have never written, even in his wildest headline.