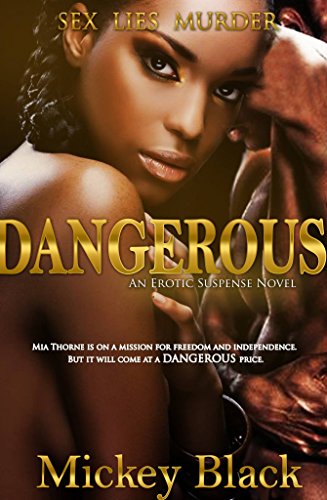 Mia Thorne is on a mission for freedom and independence. But it will come at a DANGEROUS price.

Mia is married to Caleb Thorne, of the revered Thorne family, an ambitious politician with deadly secrets. After growing tired of years Caleb’s unfaithfulness and neglect Mia demands a divorce. When her husband refused, Mia hatches a plan to use blackmail to get exactly what she wants. ‎

In search of incriminating evidence Mia hires private investigator Antonio Alba, the guapo to uncover Caleb Thorne’s dangerous connections to a notorious South American drug lord.
However, all does not go as planned. Mia Thorne is instantly attracted to her private investigator, and the two embark on an illustrious affair, revealing a woman buried inside she did not know exist.

Then when tragedy strikes, all bets are off. Mia Thorne is forced to make a decision, and fast. ‎Or else become a casualty in a dangerous game of sex, lies and murder.