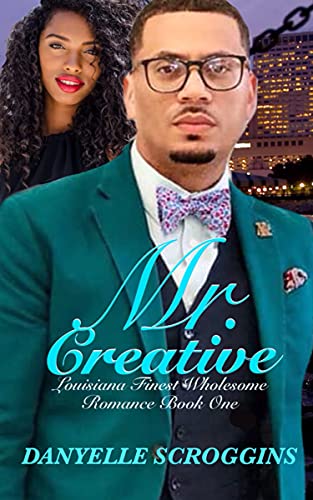 He needs money to expand his business. She’s willing to give him all he needs if his faith goes deeper. Can this billionaire banker show this small-time-dreamer that some things are just a glimpse of what’s really purposed for you?

Kivers Rivers a/k/ Mr. Creative, the founder of Creative Concepts is going to meet a billionaire financial backer, Lauralee Bergans and nothing will be as he assumed. When he gets there, Bergans tells him that everything looks well but she needs more. Kivers could either go back to his boys and tell them he blew the deal, or go back to Bergans and Bright Financials and make her understand that he’s not leaving until the deal is done. What he doesn’t know is, more than one deal will be made.

Kivers Landry is not your ordinary guy, but with all of his creative flair, he’s reached a point where he needs to reach out in order to make Creative Concepts a company that secures him and his boys.

When he takes a meeting with, Lauralee Bergans, he has no idea what he’s in for and nothing he expected will ever amount to what he’s getting ready to receive. He almost allows his opportunity to be blown with a wink and the deuces. But faith, wouldn’t allow him to leave.

He figures, he has one chance to convince this woman that he’s worth her money. She’s convinced that any man who will get turned away, but swallow his pride by coming face-to-face with his rejector, has to have the type of heart that she’s been waiting on. Lauralee, finds herself wanting to give Kivers so much more than he came for.

Will Kivers and Lauralee discover that the business transaction is really about to become a transaction for love?