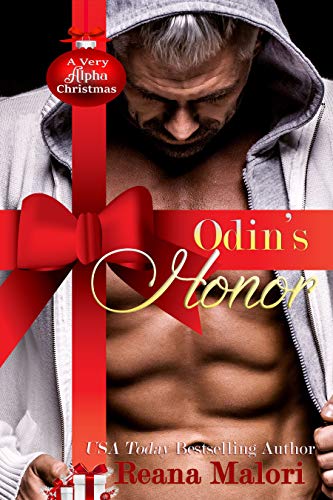 Being left alone was all he’d ever wanted. Too bad fate has other plans.

ODIN: All he needed was his cabin, his freedom, and his wolf. After all the pain and hurt he’d experienced, Odin Jakobson, was a broken man. Once a member of an elite special forces team that used wolf shifters to fulfill dangerous missions around the world, he now lived alone. Bitter and angry at the world. Little did he know, his world was about to turn upside-down.

LAYLA: To save her son, Layla will go to the ends of the earth and do whatever it takes to survive. Life hasn’t always been easy, but her son Christopher was the blessing she needed. Hunted by those who believe she’s seen too much, she has no choice but to run. Now she’s stuck in a cabin with a man whose strength she comes to rely on, whose touch makes her feel whole again, and whose whispers demand her submission under the night sky.

Honor demands that he protect Layla and Christopher. His wolf demands he claim them both as his.