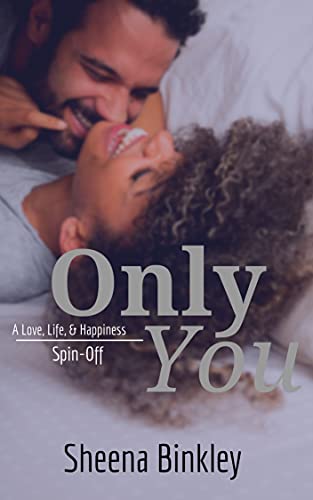 Drew Harrison has always been unlucky in love. Since he’s always focusing on his career, he never took the time to date, let alone pursue a relationship. Now that his residency is on the right path, he’s ready for a bit of romance in his life. With the help of his brother-in-law, Marcus, and cousin-in-law, Shawn, Drew is set out to find the perfect woman, but a series of disastrous blind dates make him want to forget dating altogether. But what he doesn’t know is that the perfect woman has always been right in front of him. Will he realize that before it’s too late? Kayla Watkins is also unlucky in love. After ending her engagement, she’s ready to see what the dating world is all about; but after a string of bad dates, she realized why she never dated in the first place. When she accidentally collides with Drew at the hospital where he works, she didn’t know the handsome resident is also the guy that her sister, Gina, is always calling a “smug bastard.” She wants to get to know Drew, but after their second meeting, she later learns why her sister calls him that. The two continue to run into each other until a crazy encounter unexpectedly puts the two in an awkward situation. As they began to bond, Kayla and Drew soon realize that there is chemistry between them; but an unexpected visitor comes back into both Kayla and Drew’s life, causing their budding relationship to go into a tailspin. Will they be able to get past the issues they could face, or will the two end things before it even starts?