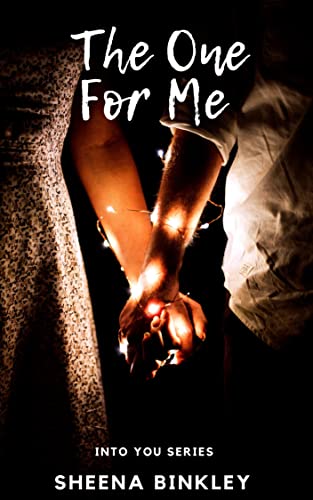 Carmen Fernandez has always been the independent one of the Fernandez family. From opening up her first boutique at age 20 to being one of the most sought after business owner in two major cities, she has definitely made her mark as an entrepreneur. Although her professional life is soaring, her personal life needs a bit of work. While perfecting her various businesses, she never really thought about getting into a relationship. She figured her brothers Mark and Sebastian had that in the bag with them being married and having families of their own. She only wanted to be with someone when it was convenient for her. That’s why she decided to take notice to Albert Garcia, the manager at Suds Overton.

Albert is the typical go-getter. He started off as an employee with Mark at the Harrison store before heading to the Overton store as the assistant manager. Now, he’s the store leader and has been doing well for himself, until recent incident with customers and employees causing Mark to reevaluate Albert’s position with the company. With his busy schedule with the car washes, his restaurant, and his vow renewal with his wife Vanessa, Mark doesn’t have the time to tend to Albert’s issues, so he enlisted Carmen to help savage the store. He figured it’s a good idea, but for Carmen, it’s the worst. Mainly because she doesn’t want anything to do with Suds.

When she sold her shares of the business to Mark, she did it because she wanted to explore other avenues. She wanted to make a name for herself, and not through the family business; but since Albert was a good friend, she figured she would help him out the best way she could. Once she starts spending time with him, she starts to realize that Albert could be more than just a friend.

Another store that is making noise is Suds Dallas, which is ran by Kenny Battle. Kenny was a former employee with the company, so when he learned that Suds was looking for a manager for their new store, he jumped at the chance to apply. Little did he know, he didn’t realize the current owner was also his nemesis, Troy Jimenez . Once the two were able to put their differences to the side, he was able to bring the store to new heights, making it the best store opening in the city. He’s proud of his accomplishments that he has made so far, but he feels like there’s one thing that’s missing, which is the one person he let walk out of his life.

When him and Carmen dated years ago, the two didn’t want to be in a relationship, so they understood the boundaries the two set for each other. Little did he know, he didn’t realize that Carmen was the love of his life. He never really dated after being with Carmen, because no other woman compared to her. When he moved to Dallas, he didn’t think he would see her again, until she unexpectedly appeared at his store. He figured it wasn’t pure luck; it was purely faith. But does Carmen knows that?

When Carmen decided to check out Suds Dallas, she didn’t think she would be running into her ex, but when she saw him, she unexpectedly have thoughts that she didn’t think were there. She pushed them out of her mind, knowing that there could be nothing between the two. But when her cousin-in-law, Reece Jimenez, ask Carmen to help out on a project for the Dallas store, Carmen starts to spend more time at the car wash, and in Kenny’s presence. As the two goes down memory lane, they both discover that love could have been there between them all along.

Go with Carmen as she takes a personal journey as she realizes that there’s more to life than just work and also comes to terms that she could fall in love if she’s ready.