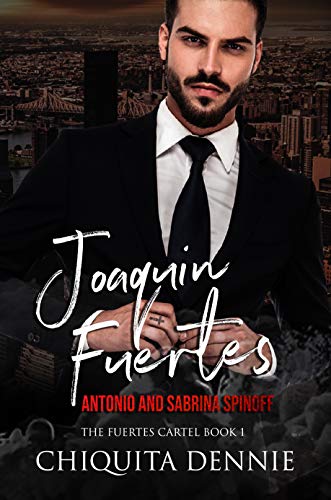 Joaquin is afraid of no one. He doesn’t have to be. His position with the Cartel keeps him one step ahead of everything. But nothing he’s experienced has prepared him for the woman in red who would capture his attention, and eventually, his heart.Sofia is living the dream. Night after night she delivers a standout performance as a actress and singer, gaining accolades from near and far, but when a handsome stranger starts leaving her flowers and notes after every performance, some of her business associates and friends are alarmed.When Joaquin and Sofia meet, sparks fly. They’re soon swept up in a whirlwind romance, but not everyone is as excited as they are. Her family worries that the well-known Cartel member will destroy her career and place her in harm’s way.That fear comes to fruition when her career takes a hit because of her connection to him, so he must sacrifice his heart to save her, but his efforts are sidelined when a rival cartel member goes after her in retaliation for the murder of one of their own.Can Joaquin protect her from the unthinkable?