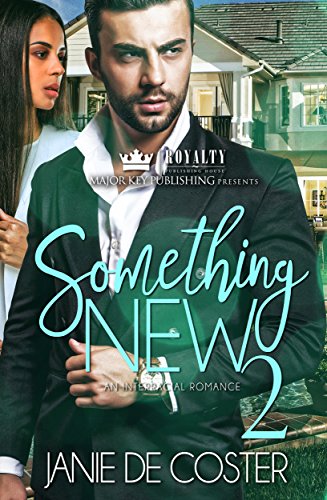 In Janie De Coster’s Interracial Romance Something New, the journey continues with even more twists and turns for the couple Tobias Benton and Brylane Robinson.

After a publicized engagement was announced, Tobias fights to clear his name and get Brylane, his true love, back into his life. However, it will not be easy thanks to his jilted lover, Sharon English.

Brylane Robinson had the fairytale romance that most women dreamed of, but it fell apart right at the seams. She found out that her knight in shining armor was already involved with another woman and that she was just his side chick. Brylane feels that she should have listened to all the people who told her that she was being a pawn in a white man’s world.

Will Tobias be able to convince Brylane that she has it all wrong and that she is the woman for him, or will the bombshell Sharon English has up her sleeve seal any chance of them ever having a future together in Something New Part 2?