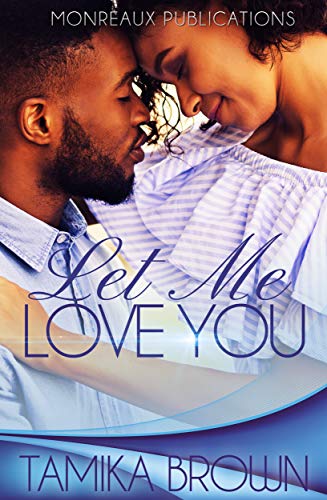 At twenty-one, Rese McNair thought she found the man of her dreams in Ryan Warner, but she didn’t know about the monster hiding under his smooth chocolate skin and hundred-watt smile. Ryan cut Rese off from friends, alienating her and monopolizing her time, making it easier to control her. Being young and in love made Rese blind to what was right in front her. But loving Ryan Warner hurt. Literally.

Enter cute guy from the grocery store. Three days after meeting, Rese can’t seem to get him out of her head. This chance meeting leads to one of the best interludes of her life. The shy guy she saw days ago, was an alpha in the bedroom. She might not have been looking for a permanent relationship, but Jason Merrick was tearing down all the defenses she built around her heart. However, when Ryan finds Rese, to keep the man she has fallen in love with and her best friend safe, Rese runs back to the place she never thought she would step foot in again. Her hometown.

Jason Merrick has an ordinary life, with an ordinary job until he runs into an extraordinary woman and fixated on her. Rese McNair was everything he could ever want in a woman. Too bad he doesn’t have the courage to introduce himself, even when he saw that same spark of interest in her eyes.

A chance meeting with Rese ends up as one of the best experiences of his life. Jason was determined to learn more about the mysterious woman and insert himself into her life. But she’s repulsed by his touch, except when they’re in bed. When Rese decided to bail on him, Jason refused to let her go.

Will Rese be able to open up and let Jason love her? Or will she let fear dictate her happily ever after? Jason has no clue what he’s in for loving someone damaged like Rese, but he’s willing to find out. Will he win the battle for Rese’s heart and the woman of his dreams?