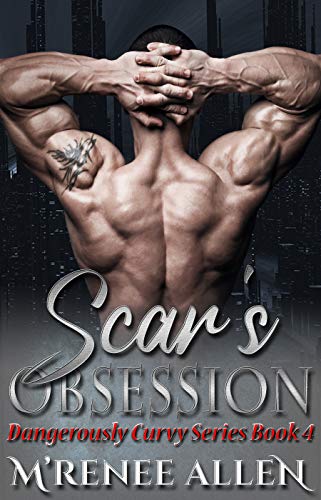 He’s a dangerous criminal.
She’s dangerously curvy.
Together, they create chaos and destruction.
For that reason, they should stay away from each other. But not being with her isn’t an option for him.

All Scar’s ever known is pain, hatred, regret, and sadness. Over the years, he’s been able to use those emotions to fuel him and keep him motivated. Lately, those emotions have become too much to bear. His thoughts have become chaotic. More so than usual. His actions are baffling to those closest to him. He’s starting to spiral out of control.

Scar feels lost, until he meets her. Problem is, she’s just as lost as he is. Her life and her thoughts are just as chaotic as his. Some say they should stay away from each other. But staying away from her is impossible. All he’s ever known is pain, hatred, regret, and sadness. Now, he can add obsession to that list. He’s obsessed with her. And he’ll destroy anyone who tries to keep him away from her.

Even those closest to him.