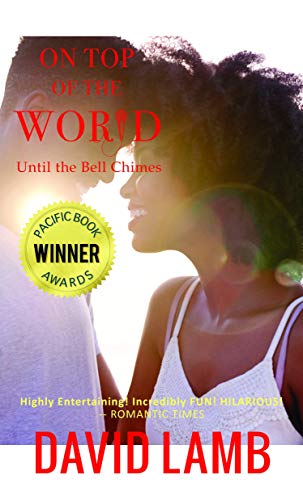 Belle has it all, a powerful entertainment lawyer at the top of her game. So beautiful she causes traffic accidents from men sneaking peeks at her radiant chocolate skin.

It would seem her life was tailor made. Her father a prominent judge and her mother a famous civil rights era jazz singer always encouraged her dreams, even if sometimes they weren’t her own. Like when her mom insist she join her sorority in college, but Belle just wasn’t a sorority girl, and instead she instantly fell in love with Scrooje, the biggest nerd on campus.

Now, years later not only is he tall, dark and handsome, but he’s music’s biggest star.

Will Belle forgive Scrooje for a betrayal worse than cheating? Her savvy best friend, Camille who has more NY style in her pinky finger than all of the stores on 5th Avenue, tells her it’s time to move on, but Belle still loves Scrooje, and besides, every date Camille sets her up on ends in hilarious disaster.

Now, it’s been three years since Scrooje shattered Belle’s heart, and tonight they are bound to run into each other at the glamorous Hollywood Black Entertainment Awards. Will Belle be tempted by Scrooje’s charismatic charms and luscious smile?

Don’t worry girl, help is on the way, the Ancestors have got your back! As tonight, they’ll lead Belle and Scrooje on the journey of a lifetime to discover the power of love.

From college dorms to concert stadiums, Belle and Scrooje’s journey absorbs readers with a fast paced, hilarious, poignant insight not only of race, class and celebrity worship but of the eternally fascinating dance between a man and a woman who seek to unite but events and people get in the way.